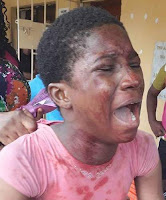 Lives and properties were under violent threat in Owerri, South Eastern Nigeria today. The traders at Douglas market (Eke Ukwu Owere) had already been given eviction notice by
Imo State Government which was not accepted by the people. In the early hours of today, armed soldiers, police, and thugs loyal to the state government invaded the market to enforce the eviction and demolition of the market. 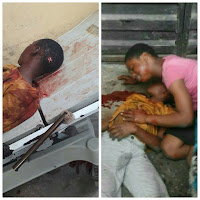 It turned out to be a blood bath as lives of unarmed citizens were lost and many others escaped with bullet wounds and were rushed to the Federal Medical Centre, Owerri. As at the time of filling this report, it has been confirmed that a young boy who was trying to help his mother pack her goods was killed by a stray bullet. According to eye witnesses, the thugs also looted goods and properties of traders and stole from customers. 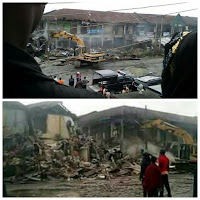 The death of this young boy can best be described with the words of Fela Anikulapo Kuti   because the boy must have been killed by an unknown soldier or police and they have left Sorrow, Tears and Blood, their regular trade mark.
Share :