Another Crisis Looms in the Health Sector as Resident Doctors Proceed on Indefinite Strike! 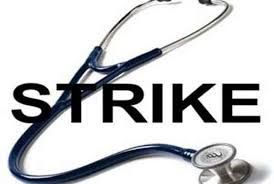 The National Association of Resident Doctors (NARD) in Nigeria commenced an indefinite strike by 8:00am today. Some weeks ago, the NARD informed the government of her intention to embark on an indefinite strike if an agreement is not reached on her demands before 4th of September 2017.

With the intention to avert the strike the Government had a meeting with NARD yesterday. Ironically, the indefinite strike commenced this morning since no agreement was reached at the meeting.

According to NARD, the disagreement is centered on the following inadequacies of the part of the government:
What are the implications?
Picture Source: www.360nobs.com
Share :

2 thoughts on “Another Crisis Looms in the Health Sector as Resident Doctors Proceed on Indefinite Strike!”