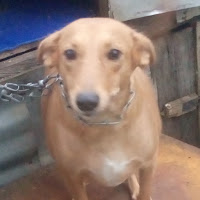 28 September every year, is a day set aside by the United Nations to raise awareness about one of the horrifying diseases known as Rabies. The awareness is aimed at preventing and defeating rabies, as well as marks the anniversary of Louis Pasteur’s death, the French chemist and microbiologist, who developed the first rabies vaccine.
Rabies is a disease that is transmitted from animals to humans, caused by the rabies virus, and domestic dogs are the most common reservoir of the virus, with more than 99% of human deaths caused by dog-mediated rabies.
The virus is transmitted in the saliva of rabid animals and generally enters the body via infiltration of virus-laden saliva from a rabid animal into a wound (e.g. scratches), or by direct exposure of mucosal surfaces to saliva from an infected animal (e.g. bites). The virus cannot infiltrate intact skin. Once the virus reaches the brain, it further replicates, resulting in presentation of clinical signs from the patient. There are two clinical manifestations of rabies – furious (classical or encephalitic) and paralytic. Furious rabies is the most common form of human rabies, accounting for approximately 80% of cases.
Rabies is a 100% vaccine-preventable disease. Ensure that you send your dogs and cats to a veterinarian periodically for checks and vaccination. Ensure that there are no mad dogs in neighborhood. Ensure that you stay away from stray dogs, cats and wild animals.
Sources:
http://www.who.int/rabies/WRD_landing_page/en/
http://www.who.int/rabies/about/en/
Share :