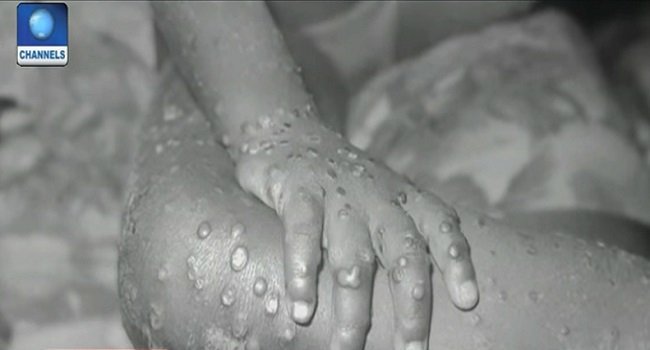 A Maryland resident in the United States, who just travelled from Nigeria, has tested positive for the rare virus monkeypox.

The Maryland Department of Health (MDH) said the unidentified patient, has not been hospitalized.

He is said to be currently recovering in isolation with mild symptoms, reports Mail Online.

At the moment, health officials said that the general public does not need to take any special precautions.

‘Public health authorities have identified and continue to follow up with those who may have been in contact with the diagnosed individual,’ Dr Jinlene Chan, deputy secretary for public health at MDH, said in a statement.

‘Our response in close coordination with (the Centers for Disease Control and Prevention) officials demonstrates the importance of maintaining a strong public health infrastructure.’

The CDC released a media statement revealing its scientists confirmed on Tuesday that the traveler had a case of monkeypox.

Currently, CDC is working with the airline and health officials to contact passengers who were on the same flight as the patient and may have come into contact with him or her.

Other cases of monkeypox have been detected recently including in a Texas man in July.

In June, two persons in Wales also came down with the virus in the northern part of the country.

Monkeypox was discovered in 1958 when outbreaks of a pox-like disease occurred in crab-eating macaque monkeys kept for research.

The first-ever human case was detected in 1970 in the Democratic Republic of the Congo, since spreading to many central and western African nations.

It is believed that the virus transmits from animals to humans when the primate bites or scratches a person.

It can also spread person-to-person by respiratory droplets in the air – similar to the way humans spread COVID-19 to each other.

People with more serious cases of the virus will often develop skin lesions, among other symptoms such as rash and fever, and it kills about one percent of those infected.

The disease had largely vanished, until a 2003 flare-up in the U.S. saw the virus return among humans.

There are no specific treatments or vaccines available for monkeypox, though the smallpox vaccine is believed to have helped make it a non-problem in humans for many years.