You Cannot Imagine What Happens to Your Male Child Right Under Your Nose. 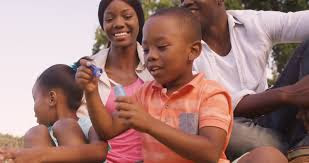 Nonetheless, every Parent/Care giver, expect to have groomed exemplary and successful children; who would take care of them at their old age.

Traditionally, Parents/Care givers train their children for the love they have for them, who they want them to be and what they expect to gain from their children. These reasons, had always fashioned out the mode and direction of training given to the children. For instance, before the 20th century, it was not common to send the girl child to school because it was seen as a waste of resources since she would get married one day to remain a house wife. Then, the education and preservation of a girl child were on decency, housekeeping, and virginity while in her father’s house as well as chastity when she gets married. Ironically, this mode and direction of training were not given to boys then and are scarcely given to boys now.
That is the bane of moral decadence we see today because the educated boys void of moral training are the brothers, peers, friends, neighbors, acquaintances, and husbands of the educated and morally trained girls. Besides the academic training, boys are yet to get the preservation and protection given to girls. For instance, when ever sexual abuse is mentioned, most people think of female victims whereas male children are abused more than female children. Do you know why? It is because; they are abused by both adult males and females. The most worrisome part of the situation is that these boys are constantly abused right under the noses of their parents by older females (maids and family friends) living with them. This abuse could go on for many years because there are no physical injuries when an older female abuses a male child.
May I use this opportunity to remind you my dear readers; that this is a care blog where we share true life experiences with obtained consent. Learning from people’s experiences would awaken your safety consciousness as well as the need to have a pro active attitude. I sincerely encourage you to express your views and comments on any post we share on this platform to help others facing similar situation to take informed decision. In another post, a man who was sexually abused by females for many years of his childhood will share his true story.
Post Picture from:www.shutterstock.com
Share :