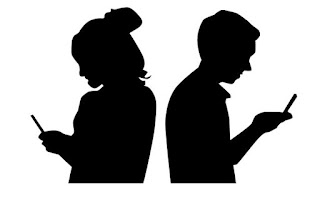 In my wildest imagination, I did not  expect the ill motive that was wrapped up in Fan’s mind. For two years we have been friends on social media. Neither of us had seen each other in person, but our communication remained
a flow as though we have known each other for so long and so well. My name is Shy and this is my true life story.
One day, Fan called me just the way he used to call; but this time, he told me that he just arrived the city where I live. He said he came for a business transaction as well as to pay me a surprise visit. However, he sounded worried as he told me that he was almost stranded because it was his first visit to the city. I asked him to call his business partner but he said that his phone was switched off but he would try and locate his office the next day as they agreed.
He said that he had tried to lodge into a few Hotels around where he was calling me from but could not get a vacant room. He gave me a description of where he was which I recognized as one of the gate ways to the city. It was a few minutes past five in the evening and he pleaded on me to help him get a hotel room since I am more conversant with the city. I was in a shopping mall and I had finished shopping when his call came. So, out of concern I made for Fan’s location instead of going to my house; believing that I was helping a friend. After visiting some hotels, we found a place for him to lodge. While Fan checked in, I help him move his bags to the room.
Satisfied that Fan was comfortable and happy that I came to assist him. I wanted to leave but he offered to give me a ride home because it was getting late and was about to rain too. Meanwhile, he brought out two packs of fruit juice, gave me one and opened one for himself. He had taken about 3 to 4 sips of his juice when he excused himself to use the convenience. It was when I was waiting for him that I opened the juice he gave me and had about two sips; and that was all I could remember.
What seemed to me as a surprise and a happy visit by a friend turned into a nightmare. I was raped by the so-called friend. Before I could regain my consciousness and come to the truth, it was already late because Fan had already over powered me. Now, I had no other choice than to head home wards. But it was around 2:00am and even more dangerous to move out at that time. The dare devil, wolf in a sheep’s clothing (Fan), suggested I stayed till day break. I did because that was my last option. By 5:00am I was on my way, but when I got home I realized that I forgot my purse in Fan’s hotel room so I went back. I got another shock of my life when the receptionist told me that Fan had changed his room and left a strict instruction that no one should be allowed to disturb him because he was busy enjoying himself with another lady. I called him on phone but he did not pick my calls and after awhile he bared my calls and blocked me from his time lines on social media.
How could he have gotten another lady in less than one hour I left the hotel that early morning? I asked myself; and the only explanation could only be that I was not the only lady he kept in the hotel that night. Oh! It would have been good if the ground had swallowed me as I stood speechless and mouth agape. I tried to make troubles with the receptionist, but it was fruitless, as the security men led me out of the gate.
It was a black day for me, the worst day of my life. My parents and siblings were mad at me because I did not sleep in the house and they were anxious about me. I refused to talk to anybody; rather I locked up myself in the room and wept all through the day. I later called a friend (Nurse) who referred me to the hospital where I was given treatment to prevent HIV and other STI infections as well as counseling.
I chose to share this on Buchi’s Care Blog so that people can learn from my experience and beware of friends they meet on social media. More still to enlighten people to seek for medical help whenever they are abused.