World Day of the Sick 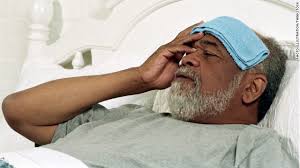 February 11 is World Day of the Sick, an observation started by Pope John Paul II as a way for believers to offer prayers for those suffering from illnesses. He initiated the day in 1992 to encourage people to pray for those who suffer from illness and for
their caregivers. The Pope himself had been diagnosed with Parkinson’s a year before, in 1991, and it is considered that his own illness was impetus for his designation of the day. The day coincides with the commemoration of Our Lady of Lourdes.
World Day of the Sick was first observed on February 11, 1993. February 11 is also the Catholic Feast of Our Lady of Lourdes, which a name is given to the Virgin Mary in honor of the apparitions that were said to have been seen in and around Lourdes, France, by a young girl called Bernadette Soubirous. The Church canonized Bernadette as a saint several years later.
Worthy of Note
Pope Benedict XVI declared his decision to resign from his post as the Pope on this day in 2013. He cited his failing health as the reason behind his decision. Captains of industries as well as Political  office holders should learn from Pope Benedict XVI and resign when they have failing health so as to save their organizations or the societies they govern from anarchy and doom.
How to commemorate World Day of the Sick
World Day of the Sick is not an official holiday so businesses, schools and government offices are open. People around the world take the time to pray for the sick and for those who work very hard to alleviate the sufferings of the sick on this day. Faith organizations mark this day especially to provide the sick with medicines, food, and spiritual guidance. Other organization should also provide care and support to the sick as well as those taking care of them.
Even if you do not have materials to take care of the sick, you can spend some time with them to keep them away from agony and boredom. I humbly request to go out today and visit the sick.
Picture Source: www. flashlarevista.com
Post Source: https://www.timeanddate.com/holidays/world/world-day-of-the-sick
Share :