This monster dealt with me 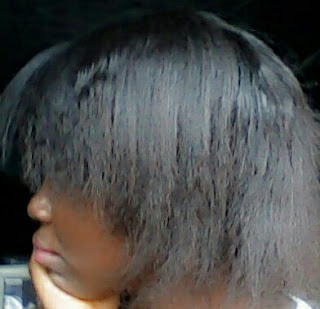 My name is Kate, I am 44 years old, and this is my true life story. I had my baby girl at the age of 36 and I was expecting to have another baby as soon as possible. A year later, I visited the hospital due to the changes I noticed on
my body. After seeing the Doctor, he asked me to go for scan and other tests. When the results were out, he told me that I had fibroid which would require a surgical procedure to remove. The mere mention of the words “fibroid” and “surgery” got me scared to my bones. At first, I thought I would wish it away, which did not happen. After I went into fasting and prayers, but I did not listen to the voice of God telling me to accept what the Doctor said. Before long I started dreaming of where I died in the operating theater and this heightened my fear.
My husband encouraged me to accept what the Doctor said and go for the surgery, but I called him a selfish man who wanted me dead so that he will marry another wife. My siblings also encouraged me to go for the surgery, but I accused them of making mockery of me. In short, I regarded anyone who encouraged me to go for the surgery as a foe.
My husband became broke because we would visit any place anybody suggested in as much as surgery was not involved. Yet the fibroid kept increasing. Having carried it for seven years, I became very thin and anemic. It was when I became very tired to move around as well as having difficulty in breathing that I agreed to go for the surgery, so I went back to the Doctor.
After his examination, he said that he would admit me, transfuse some units of blood and monitor me for at least two weeks to make sure that I improve before the surgery would be done. More still, that the fibroid would be removed together with the womb which had been damaged. I wept all through the night, no longer because of fear of death, but because I would have saved my womb if only I had listened.
For one week I could not look at my husband, eye ball to eye ball because I was ashamed of my wrong decision and the abuses I rained on him, yet, I would no longer bear him another child. The surgery went well and I am alive today to the glory of God. My husband has been very supportive, in short he is the best man in this world and I am happy to have him. After this life, if I were to come back to this world I will marry him again and give him many children.
Most mistakes and failures experienced in life are as a result of this monster called “fear”. I choose to share my story on Buchi’s Care Blog so that you can learn from my experience and overcome any type of fear bedeviling your life.
Share :

4 thoughts on “This monster dealt with me”