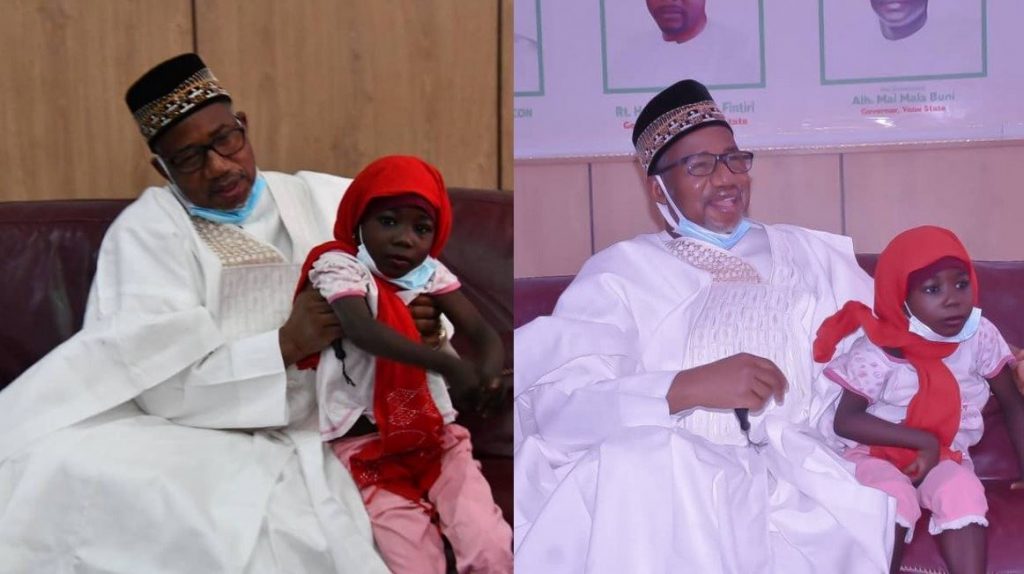 Hawa’u, the 6-year-old girl whose genital was mutilated by ritualists has received treatment from the Aminu Kano Teaching Hospital, Kano and reunited with her family.

Hawa’u was received by the Bauchi State governor, Senator Bala Abdulkadir Mohammed, after her discharge from the hospital.

The 6-year-old girl was violently attacked in December 2020 by two persons in Jama’are, the headquarters of Jama’are Local Government Area of Bauchi state.

The assailants had mutilated the childs’ genitals but she was later admitted to the Aminu Kano Teaching Hospital, Kano, where she underwent reconstruction surgeries.

Receiving the little Hawa’u on Monday, Governor Mohammed expressed happiness that after the surgeries, the minor had completely healed and ready to be reunited with her parents and loved ones.

“I am really delighted to see my little Hawa’u back as a normal person, an innocent six-year-old that was mercilessly mutilated in her genitals and rooted. Today we are receiving her. It’s a miracle that she’s a normal person, so, we must thank God almighty for this.

“The Commissioner for Health had said all the stages of her reconstruction, all the surgeries were successful. God has answered our prayers; it is not everyone that can be so lucky like little Hawa’u,” Governor Mohammed said.