If I knew how to let go 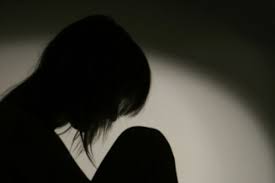 I have always been a happy and carefree person who rarely gets angry. I forgive easily because I always give the benefit of doubt to people’s attitude. More often, I offer my shoulder for others to lean on in difficult times. I practically consider
others first and I think that I was unconsciously feeling like a super human; who would not face a situation that would require care and support from others. I never imagined that I could be depressed over any situation because of my positive way of thinking but guess what? I did.
I was in my 3rd year in the university when I failed a course (first one ever). I was shocked and scared at the same time. I was at home when I got the news of the result and I wept so much. My Mum consoled me and told me to rewrite it, that it would be fine. She meant well no doubt, but she did not understand the reason for my tears. I never thought that I would fail any course not even this one that I knew and understood very well. I was also scared because the lecturer in charge of the course is known as a sadist and it is difficult for anyone who ever failed his course to pass it any time soon. I decided to think positively and wrote the course again in my final year. When the result came out, I checked it and found out that I failed the course again.
I cried uncontrollably for weeks that my Mum was scared that I would fall ill. I became frustrated and that was the first stage of my depression. I was so eaten up by denial and anxiety that I thought it was normal to feel angry and frustrated about things just like some people would, but I did not realize that my actions and thoughts played a vital role in determining what frustration would lead to.
The next academic session came, and I went to school to prepare and write the exam again. When I got to where I stayed, I realized I was alone, friends called to find out how I was doing and to encourage me. As the calls kept coming in, I became more emotional and I kept wondering why such a thing would happen to me. Whenever, I was less busy and alone the issue would come to mind and I would cry a lot, my Mum called often to tell me to stop crying. I also had a friend who was caring and he would tell me to stop crying, but I refused.
After a while, I became numb, I did not want to talk to anyone, I could not take the consolations anymore, so I had to tell my Mum to stop calling me to talk about the issue. I also told my friend to stop calling me for awhile but he could not because he really cared and was worried. One day, I decided to tell him a bunch of lies which I knew would hurt him enough for him to stop calling. He still called me severally to ask if I actually meant what I told him and I kept saying yes. He called me everyday till one day the call did not come, and then two days and it went on and on. Other friends stopped calling too, when they had lost faith in me due to my attitude towards them. I liked being alone then, so I could cry when I wanted to with no one to tell me not to.
My redemption came when I attended a church program and I realized that I had changed, that I could not forgive myself. Rather, I acted wrongly towards my friend and that I had taken the failure the wrong way. I prayed about it and then I tried to make amends, I called my friend and apologized for the way I had been and I told him that all I said to him that day were lies but he found that hard to believe. I also reached out to apologize to others that lost faith in me and I thank my Mum who stood by me all the way.
I wrote my exam and went back home. When the result came out I passed the exam and I even went for NYSC with the first batch from my set due to some delays in my department. Although I had a happy ending with my exam and result, but I lost the friendship I enjoyed with my friends I scared away because I could not control the way I felt and said some things I should not have. That was the ugly price of my depression and I hope that someone can learn from this story. Learn to control your emotions and always ask God for His grace, so as not to hurt those around you as well as overcome every situation without regrets. I am lucky to have only lost some friendship but some could lose everything because, “Depression” is a period of unhappiness or low morale which last longer than several weeks and may lead to self inflicted injury or suicide.
Post Picture from: www.abc.net.au
Definition from: www.wiktionary.org
Share :