I did not bargain for this 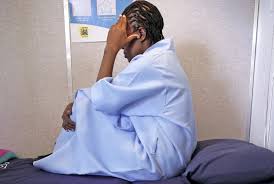 I am a Lady in my mid thirties. My husband and I met when we were in the university and we were best of friends that loved each other. We are not from the same tribe but we were determined to make our love work. I made up my mind to lead a decent life
even before I gained admission into the university, so I was not into having boyfriends.  I refused many suitors so as to marry the man I ever fell in love with. He graduated two years before me, had his Youth Service and secured an employment. We got married after my Youth Service. The marriage was full of bliss until after we had our second child.
I noticed that he started hanging out with some of his clients whom by my assessment are men of questionable character. I made effort to call his attention to the dangers before him, but he said that I was just being suspicious over nothing. Before long, he started keeping late nights and would not come home in some occasions. My husband gradually turned into a beast and was beating me at the least provocation.
Little did I know he was dating a girl from his tribe whom he had rented an apartment for. He came home drunk one day and before I could say anything, he threw my things out of our matrimonial home and he continued beating me until I passed out. I woke up to see myself in the hospital with a lot of bruises on my body and pain all over. My neighbor who in the company of my husband brought me to the hospital, called my mum to come. His wife confirmed that my husband had not slept in our house since that day and that my children are in their custody while my mum stays with me in the hospital.
It has been two weeks after that incident and he has been coming to the hospital to apologize requesting an opportunity to make amends. I can put him behind bars as well as get a divorce but my children and I still love him. He was a super dad and a wonderful friend. More still, I would not want my children to be raised in a broken home and single parenting, but my life could be at stake if this incident repeats itself. Should I believe in his nice old self or his ugly recent past? Could this incident be a turning point for him to resume the nice person he was or would he continue the abuse? I chose to share this on Buchi’s Care Blog for objective opinion of the public.
Post picture from:ann7.com
Share :

8 thoughts on “I did not bargain for this”