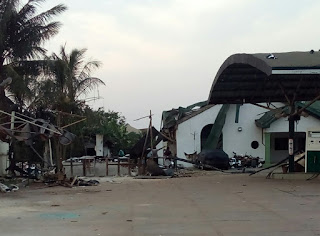 Barely three days after the fuel tanker explosion occasioned by a road traffic accident which claimed no fewer than twenty human lives at Njaba Orlu road Imo State; another explosion rocked again!
This happened yesterday at Okpokiri Fuel Station beside Diamond Bank Okigwe Road, Orji Owerri. It was a gas explosion and the plant was still under construction when it happened. The explosion was fatal as the bodies of some of the casualties were dismembered while other survivors sustained various degrees of injury. 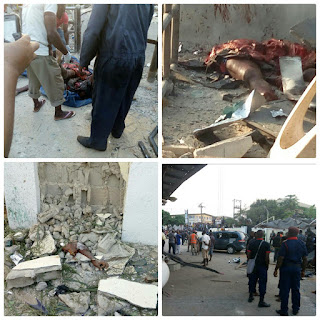 The houses, cars and other structures around had their own share of the devastating impact as roofs, walls, doors, windows and windscreens were blown up. The explosion uprooted the dispensary tank out of its location as well as threw many objects to different locations; thereby injuring those around. It was a horrible sight to behold as the injured were taken to the hospital, and the dead to the mortuary. 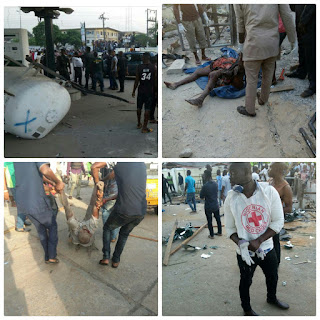 It is very worrisome that in recent times, there has been an indiscriminate upsurge of Cooking Gas Plants in many parts of Owerri city. Most of these plants are sited within the residential and densely populated areas. The implication is that Environmental Impact Assessments were not done and the regulatory agency is giving a blind eye to these anomalies. More still, the technical-kvnow-how of the operators of these plants is in doubt.
Share :