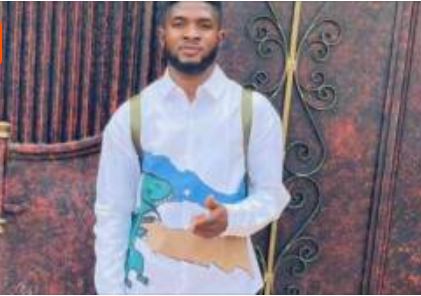 Jimoh Eyitayo, a young Nigerian man, who was shot by armed robbers, has passed on due to the alleged negligence of the Ikorodu General Hospital in Lagos State, according to Sahara Reporters. Sahara Reporters was told that despite several warnings by the Inspector-General of Police, Usman Baba, the Ikorodu General Hospital claimed they had no facility to treat Eyitayo.

In October, the President of the Nigerian Medical Association, Prof Innocent Ujah, had also said doctors did not need to see a police report or evidence of payment before treating a patient during an emergency.

Eyitayo, according to reports, was shot by robbers who demanded his phone’s password.  He was reportedly unlocking the phone when he was suddenly shot by the impatient robbers.

His loved ones thereafter rushed him to the nearby hospital, Ikorodu General Hospital but the delay and lack of adequate facility led to his death.

One of his friends, iam_louditsoundit wrote on Instagram, “Our very own Victor was shot & didn’t lose his life because he was shot, he died because we have a hospital without facilities to remove common bullet which they are so proud of… This is our very own brother and a son of this soil called country…we have no value whatsoever for life…

“A hospital which does not have the facilities to remove bullet should be called what??? Nigeria has always failed us back to back. Lagos state itself does not carry last in failing its own…

“Victor could have survived after he was robbed and shot, but we have such a useless general hospital Ikorodu which claims it has no facilities to remove the bullet and shot him… He was then referred to Lagos University Teaching Hospital, but then he lost his life on the way…

“Y’all have killed our very own and it is painful. The death of this young vibrant and future leader is on you Ikorodu GH.”

When Sahara Reporters spoke with his brother, he claimed that the hospital staff delayed before attending to his brother and that they had no facility for removing bullets.

He also said while his brother was still breathing, he was referred to the Lagos University Teaching Hospital where it was confirmed that he had given up the ghost.

He said, “They delayed in attending to him, they were asking for a police report. We were later directed to LUTH and on getting to LUTH, he was declared dead and now they brought us back to Ikorodu General Hospital again.”