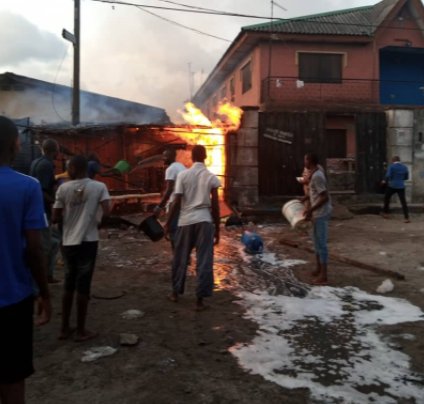 A gas explosion has rocked the Amuwo-Odofin LGA of Lagos state. This was said to have happened around 7pm on Tuesday 13 April 2021 at Iyasoko street, Agboju, Amuwo-Odofin.

Confirming the development, Nosa Okunbor, spokesperson of the Lagos State Emergency Management Agency (LASEMA), said officials of the agency are on their way to the scene.

As of the time of the report, it was not clear what caused the explosion. However, residents are said to have sustained injuries as a result of the explosion, while some persons are attempting to put out the fire. Also, no casualty has been confirmed.

The incident comes 6 months after a previous explosion rocked the Baruwa area of Ipaja in Lagos state, and 8 persons were reportedly killed during that incident